Agriculture in Africa: The Great Opportunity 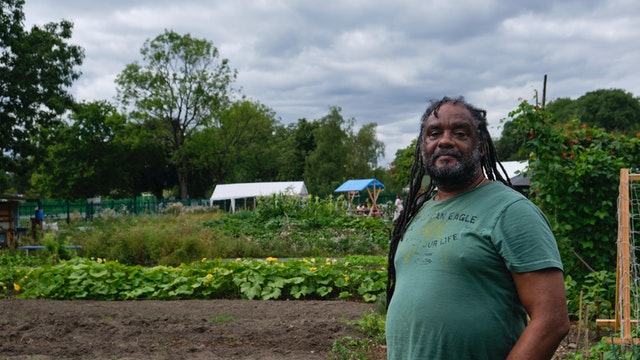 Agriculture in Africa: The Great Opportunity

Agriculture in Africa is the focal point for the world nowadays. Africa, the second-largest and second-most-populous continent in the world, is home to 54 countries and 1.2 billion inhabitants. The continent has vast natural resources and an abundance of fertile land, but it also faces many challenges such as poverty and hunger.

Agriculture is a key sector for Africa’s economy which employs more than 60% of the workforce across the continent. It also accounts for 20% to 60% of a country’s gross domestic product (GDP) depending on its level of development. However, agriculture in Africa faces the triple challenge of the lack of investment from governments, poor governance, and climate change – all from an already disadvantaged starting point.

In this article, we take a look at how these challenges are being addressed by different stakeholders. Also what needs to be done to realize Africa’s agricultural potential.

The Triple Challenge of Agricultural Development in Africa

Africa’s agricultural sector is facing many challenges, but it also has many advantages. The land is abundant and labor costs are low, the continent has more than two-thirds of the world’s uncultivated arable land. Africa produces enough food to feed the entire population of the continent.

The problem is that agriculture still accounts for 14% of Africa’s GDP which means that it’s one of the lowest sectors on the continent. Furthermore, while 60% of Africa’s workforce are employed in agriculture, only 18% of workers have jobs in farming or fishing. This can be explained by high levels of poverty throughout Africa with about 47% of Africans living on less than $1 per day.

The triple challenge that African agriculture faces is made up for by government investment, improved governance, and climate change action plans. However, despite these advances, there are still large challenges that need to be tackled. If they aren’t then African agriculture will remain an underdeveloped sector with a low level of economic growth.

Investment in agricultural development is crucial for Africa to realize its potential. Yet, investment levels are woefully inadequate. A recent study by the African Union’s Economic Commission on Africa (ECA) showed that African governments invested just US$5 billion out of the US$32 billion worth of investments needed over the next decade to meet the continent’s food security goals. The report also found that reliable data about private sector investments were not available. So it could not be determined how much this would contribute towards agricultural development in Africa.

For the continent to meet its food security needs, an additional US$30-50 billion per year is urgently needed – at least quadruple what is currently being invested – according to ECA.

Governments play a key role in ensuring that agriculture is performing right in Africa. They need to invest in agricultural research, development, and technology, as well as institute policies that promote rural development. African governments also need to ensure that they are working with each other, not against each other, to tackle the triple challenge of challenges for agriculture in Africa.

Non-governmental organizations are using innovative ways to address the triple challenge of challenges for agriculture in Africa. They provide smallholder farmers with access to affordable capital through initiatives like Kiva’s MFP program. They are also helping farmers prepare for climate change by providing them with new seeds and showing them how to protect their crops from extreme weather events.

One of the most important players in doing agriculture right in Africa is the private sector. Which can help reduce poverty rates and unemployment by investing in agricultural production and creating jobs for Africans. It is crucial that these investments come with economic opportunities that create sustainable employment for communities.

There are many countries in Africa that are making progress in tackling the challenges of our agricultural sector. In this article, we will take a look at those factors that are showing promising practices in agriculture, and what needs to happen to make them successful.

Empowerment of women in agriculture

A new study by the Alliance for a Green Revolution in Africa (AGRA) has found that women farmers are key to boosting food production on the continent.

The authors found that although women play an important role in agricultural production across Africa. They account for 66% of the labor force in agriculture – more than 40% of them are not involved in decision-making processes. For AGRA, improving their voice is crucial for African development.

Africa’s agricultural sector faces the triple challenge of governments’ lack of investment, poor governance, and climate change. A recent study by the World Bank revealed that around $38 billion is needed to tackle these 3 challenges.

To improve skills and innovation in the continent’s agricultural sector, African countries need to invest more in people and put in place better policies. They must also implement better risk management mechanisms to help farmers cope with the new challenges posed by climate change.

A focus on improving human resources can help transform rural regions into centers of innovation, competitiveness, and economic dynamism. This will make agriculture sustainable for food production. It will generate new income streams for farmers, create jobs, and develop new markets for export. As poverty rates are high across Africa, developing agriculture is one way of tackling this problem.

More than half of the world’s population is expected to live in urban contexts by 2050. This means that Africa will have to manage the migration of rural populations to cities.

Rural-to-urban migration can have a profound impact on farming communities, with large numbers of people leaving their agricultural livelihoods behind. Women are particularly vulnerable in this process given that they are often the most involved in farming. Most of them don’t have alternative skills to invest in when they migrate to cities.

One way that African governments are responding is through initiatives like the Rural-Urban Migration Project in Ghana. Which offers training for new migrants on how to participate in urban agriculture markets.

The project has seen promising results including an increase in income by up to 50% among participants. Additionally, women who participated in the program were able to better balance work and family life by maintaining their existing agricultural practices while managing new ones in town.

The bottom line is that there are a lot of opportunities in the agriculture sector in Africa. It needs some effort to turn this fertile soil into grain gold. Regional government bodies have launched the campaign with the collaboration of international organizations. Soon the day will come when African soil will produce more yield to make the continent prosperous.