How Pesticides Are Affecting Our Environment 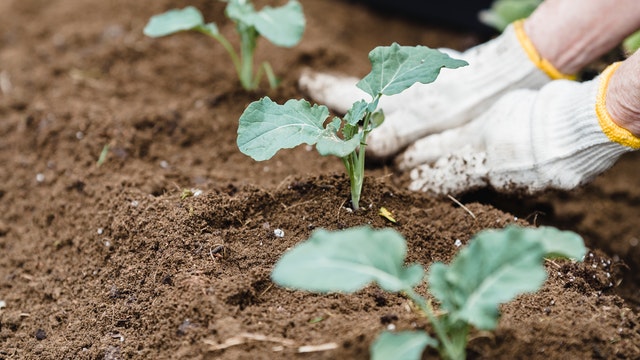 How Pesticides Are Affecting Our Environment

In this blog post, we will try to have a look at how pesticides are affecting our environment and what we can do to make a change.

What Is A Pesticide?

A pesticide is a chemical that’s used to kill or repel pests. You can think of it as a weed killer for plants and bugs. Pesticides are typically sprayed on plants and soil to kill unwanted organisms, like weeds and insects. They’re also applied to the inside of buildings, like homes and hospitals.

During the rainy season, the production of mosquitoes increases. In many countries the local authorities make arrangements to spray chemicals to get rid of the outbreak of any disease due to the mosquitoes. For the last couple of years, dengue fever has created a lot of panic in India and other Asian countries due to a mutant variant of mosquitos. This type of mosquito grows very rapidly in freshwater.

How Are Pesticides Affecting Our Environment?

The use of pesticides is a major issue in our society. We have been using them for a long time, but now we’re seeing how they are impacting the environment. Pesticides are polluting our soil, air, and water systems equally at a great speed.

The most common type of pesticide found in the air is DDT. Pesticides are also making their way into lakes and oceans, causing toxic algae blooms and harming wildlife populations.

So, what are the options for us to eliminate the effect of pesticides? The good news is that we have plenty of ways to reduce pesticide use without sacrificing food production or harming wildlife populations. For example, programs like Rotate Crop Rotation keep pests under control by rotating crops so they can’t build upon one plant.

Pesticides are also making their way into the air. The most common type of pesticide in the air is DDT. And it is said that this type of chemical has been linked to cancer and birth defects.

We have many diverse alternatives to minimize the use of pesticides without compromising on food production or harming wildlife populations. For example, programs like Rotate Crop Rotation are the best option for us. Using this technique we can keep pests under control by rotating crops so they can’t grow again.

What Are The Health Risks Of Using Pesticides?

The risks of using pesticides are more than just environmental. Pesticides can also cause different health issues. Pesticides contain chemicals that are toxic to your body. Some of these toxic chemicals may be carcinogenic, which means they could increase the chances of developing cancer. Exposure to these toxic chemicals through skin contact or inhalation can lead to headaches, eye irritations, and skin irritation.

Additionally, some pesticides have been linked to birth defects and miscarriages in women who are exposed to them during pregnancy. The risks of pesticides don’t stop at humans either; our pets can get sick from pesticide exposure too! Dogs and cats that come into contact with large amounts of pesticides (like flea or tick treatments for pets) can get into serious trouble like seizures or liver failure.

Where Are These Pesticides Coming From?

Pesticides are often used to facilitate plant growth. They’re also used to reduce the risk of pests or diseases. Pesticides are everywhere in the soil, water, and air. They’re harmful to our environment and affect wildlife populations. The most common type of pesticide found in the air is a DDT type of chemical that is more dangerous for the health of humans.

How Can We Reduce The Use Of Pesticides?

Pesticides are polluting our soil, water systems, and air. The most common type of pesticide found in the air is DDT (dichloro-diphenyl-trichloroethane). It is a sort of chemical compound that is part of these pesticides.

We can use some other techniques to reduce the use of pesticides in our agriculture sector. For example, programs like Rotate Crop Rotation is a technique that can better tackle the problem of pests without any serious chemical effects on the environment. There are also other sustainable farming techniques that only use natural methods to control pests.

There are also some effective environmentally friendly pest control methods that don’t rely on synthetic chemicals to kill pests. These include things like watering plants with a vinegar solution or using ladybugs to eat away at harmful bugs in your garden.

The use of the rotation crops technique is very effective to reduce the side effects of other pesticides. There are many ways to reduce pesticide use without harming nature and wildlife populations. For example, programs like the Rotate Crop Rotation method have been shown to be successful in keeping pests under control.

Rotating crops means that you don’t plant the same species in the same field for two years consecutively. This way, pests can’t build up, since they’re unable to find food in one area. If you’ve read our blog post before, you may know that there are other ways to rotate your crops; it doesn’t always mean using multiple fields. Instead, different plants can be mixed in with your crops or even take a break from farming altogether.

So what can we do to avoid the harmful effects of pesticides? Programs like Rotate Crop Rotation keep pests under control by rotating crops so they can’t build up again.

Another effective method is the Plant Cover Crops. Planting cover crops like clover or legumes between seasons will help replenish the soil with nitrogen and other nutrients, preventing pests from invading your fields.

The use of fungicides for pest prevention is another method to control pests without damaging the environment. These are natural substances that keep insects, fungi, and weeds under control without harming humans or wildlife populations.