The Pros and Cons of Tunnel Farming: Is It the Future of Agriculture? 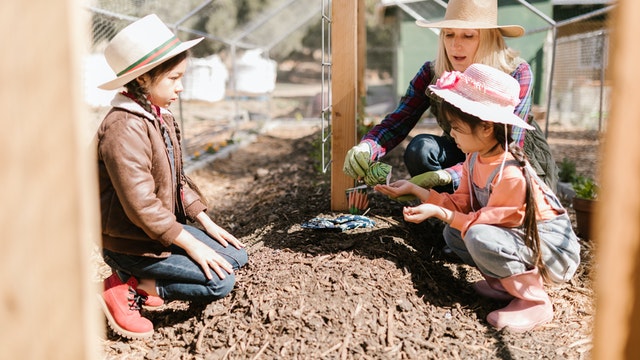 The Pros and Cons of Tunnel Farming: Is It the Future of Agriculture?

Tunnel farming is the future of the agriculture sector. In recent years, there has been a growing number of people who have shifted from traditional farming to the less labor-intensive method of tunnel farming. This is due to the increase in public attention on healthy eating and also because of the many benefits associated with tunnel farming. Tunnel farming is a way for farmers to grow crops in an indoor, contained space that is less susceptible to natural disasters and pests.

Tunnel farms are typically fitted with computer-controlled irrigation systems and LED lighting. Which tends to be more efficient than traditional methods. This is all done under a controlled environment with little need for human interaction.

In this article, we will discuss the pros and cons of tunnel farming so you can decide if it’s right for you.

The benefits of tunnel farming

There are many benefits to using tunnel farming that may be attractive to you. One of the most obvious benefits is that it saves a lot of time and money on labor costs.

Many people envision farming as backbreaking work. But tunnel farming can make it easier for you by significantly reducing the need for manual labor. This means less physical strain and more time for you to do other work.

Similarly, if you have expensive crops, they will need much less attention in a tunnel farm than they would need in the wild. With plant farms, this usually means irrigation systems are used instead of rainwater. With animal farms, animals are raised indoors with controlled temperature and humidity levels.

This also means that plants or animals are less likely to be affected by natural disasters or pests because they are located in an environment created by humans.

You can also save money on land because tunnel farming is so efficient at utilizing space which means less land needed for your farm equipment. This saves you money on taxes and also gives you more control over what crops grow on your land.

The drawbacks of tunnel farming

It is easy to see the benefits of tunnel farming. The controlled environment, high-tech irrigation systems, and LED lights make it easier for farmers to grow crops year-round. However, there are some drawbacks that you should consider before setting out on this new path.

One of the most common complaints is that tunnel farming can lead to reduced diversity in crops. Due to the controlled environment, many farmers choose to specialize in a few kinds of produce rather than a wide variety of different crops. This could be a problem if your farm doesn’t grow what someone nearby wants or needs.

Another potential issue with tunnel farming is that it may lead to a higher cost for consumers. Due to increased production costs from having all of the equipment necessary to maintain the system. And, lastly, there have been reports about farms being infested with pests due to their closed-off setup. That makes it more difficult for organic methods like pesticides and natural pest control methods.

Keep these drawbacks in mind as you decide whether or not tunnel farming will work for you.

What does the future hold for agriculture?

Tunnel farming, or indoor agriculture, has become a popular trend in recent years. It’s estimated that the global market for this form of farming will see a growth of more than $5.2 billion by 2022.

This is due to the increasing demand for locally grown produce. Though tunnel farms are less labor-intensive than traditional farming methods. A major benefit of tunnel farming is the ability to grow crops in an indoor environment with controlled conditions. This can be beneficial in terms of minimizing risk from natural disasters and pests.

There are, however, some drawbacks associated with this type of farming. Because it requires high startup costs and there are concerns about food safety.

One of the benefits of tunnel farming is that it can grow vegetables year-round. This is because, as long as the temperature stays within the range for each crop, vegetables do not require a seasonal cycle. This means that with tunnel farming, vegetables can be grown and harvested during any month.

Tunnel farms also require less land and water than traditional farming practices. This makes it easier for farmers to diversify their crops and expand their growing space. It also means that the food we eat never has to travel miles to reach our homes.

Tunnel farms can produce more food than conventional methods with less environmental impact. Because it does not use pesticides or chemical fertilizers. They use water-conserving methods such as drip irrigation which helps save on water usage and increase crop yields simultaneously.

The only downside to tunnel farming is that they are expensive for smaller-scale operations. Because they require an initial investment for building and maintaining a controlled environment.

Use of technology in tunnel farming

There are many benefits that come with tunnel farming. One of the biggest is the use of technology in this method.

Tunnel farming is a controlled environment. This means it’s easier to manage the watering and lighting systems in each greenhouse than in traditional outdoor farms. The computerized irrigation system can automatically detect when plants need water and how much. The LED lights in the tunnels provide natural daylight for crops. Which means they don’t need to be switched on or off manually. In fact, no one needs to be present in the tunnel at all, which makes this method less labor-intensive than traditional farming.

This technological aspect has been a big reason why more people have been choosing tunnel farming over traditional agriculture methods. It’s a hands-off process that takes care of itself while still producing high yields of crops that are not only affordable but also sustainable and organic.

However, some argue that there is a lack of human contact between farmers and their products with this method. And some fear that this would lead to a lack of knowledge about what goes into growing food on the farm—knowledge that many people believe is an important part of healthy eating today.

In response to these fears, some companies have started creating educational platforms.

New opportunity for the farmers

In recent years, there has been an increase in the number of people who have shifted from traditional farming to tunnel farming. This is due to the many benefits associated with it and the increase in public attention on healthy eating.

With a tunnel farm, crops are grown indoors in a contained space that is less susceptible to natural disasters and pests. Tunnels are typically fitted with computer-controlled irrigation systems and LED lighting, which tends to be more efficient than traditional methods. This is all done under a controlled environment with little need for human interaction.

One of the main advantages of tunnel farming is that it has opened up a new opportunity for farmers who cannot afford to take up large amounts of land to farm themselves. With this method, they can grow crops in a contained area without having to invest in expensive equipment or pay for large amounts of land.

For those who enjoy farming but don’t want to take up large chunks of property and invest in expensive equipment. This may be a good option for them. It also reduces the financial risk associated with traditional farming when you factor in the price of buying land and machinery.

Tunnel farming is considered the future of agriculture. Though it is not without its drawbacks, it has the potential to be a better option for agriculture in the future. By using renewable energy, technology, and increased plant diversity, this form of farming can produce more healthy, sustainable food for a growing population.